Last orders please: How beer can make you feel beautiful (instead of just beastly)

Beery nights out in London are great. And often messy. On some occasions, for every pint consumed, there is a corresponding loss of poise, which can continue until you’re telling everyone you love them and then crying on the barman’s shoulder because no one loves you back.

It’s a whole lot of fun but it’s not exactly a beverage known for its sophistication. Or at least that’s what I thought.

Because beer just got classy. So classy, in fact that I ended up being massaged and bathed in the stuff, but with no hint of morning-after shame or a hangover. What’s more, I emerged feeling healthy, polished and refreshed. And this all took place in a five-star hotel to boot. 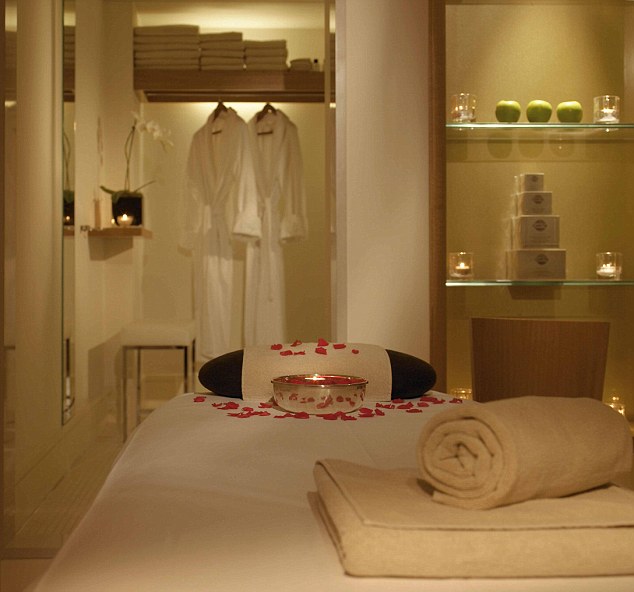 Double trouble: The Brown’s Hotel spa has just launched a range of British beer and barley treatments – which can be enjoyed in a room specially designed for couples

But what do you mean? My friends cried, where is this mythical place where the beer gave you soft skin and a glowing complexion?

Why, Brown’s Hotel of course. Nestled in the heart of Mayfair, Brown’s is probably the most quintessentially British hotel in, well, Britain.

Top-of-the-range luxury (to the tune of a £24m refurbishment) is the name of this game – from the wonderfully decadent ‘bath butler’ service (yes, they really do bring you your bubble bath of choice) to the 300 thread count Egyptian cotton sheets. 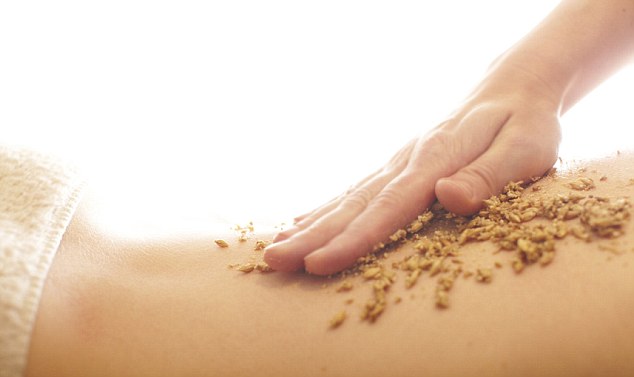 It boasts such milestones as being the location where authors Agatha Christie and Rudyard Kipling wrote some of their most critically-acclaimed work, has frequently hosted royalty and even an American President-in-waiting. Indeed Franklin D Roosevelt was so taken by his first visit, he returned for his honeymoon in 1905.

It’s all impressive stuff, but booze is my angle so luckily for me the hotel spa has just launched a range of British beer and barley treatments.

WAS IT GOOD FOR HIM?

Like most self-respecting blokes, the prospect of being ‘pampered’ can sit a little uncomfortably with one’s notion of being a man, a real, red-blooded, Y-chromosome carrying man.

Secretly, however, it’s fair to say that most of us would still jump at the chance to put such Neanderthal notions to one side, and indulge in a spa session, provided there was a suitable pretext, like a footballing strain or shark-wrestling injury.

Or beer. Yes, when it comes to our love of beer, we are that predictable, and in the world of Man almost everything is justifiable if there is an alcoholic brew at the end of it. So imagine my joy when I discovered that after being scrubbed and buffed and kneaded with barley-based treatments, I would be presented with a delicious bottle of real ale (AND a biscuit!)

Suffice to say, I have no opinion on how soft my skin felt afterwards, how relaxed I felt, or how radiant my completion was.

However, after enjoying close to two hours of spa bliss I could walk out with my head held high, my manlihood intact.

Beer. Is there anything it can’t do?

Whether you opt for the pale ale pedicure, honey and barley facial or the blissful barley body wrap, you’ll find yourself being bathed in the country’s national tipple. Refreshingly, (in every sense of the word) you’re also offered a sup of the amber nectar once your treatment is over.

What’s more, it appears to be a foolproof way to entice your other half to take part in the spa experience, which is how I found myself face down on a heated spa table in the hotel’s luxurious couple’s therapy room, next to my friend Leon.

Following a well-oiled night in the hotel’s Donovan Bar (and then continuing the party in our fourth floor suite), a hops and barley body scrub proves to be crucially reviving as well as refreshing.

I hadn’t intended to experience my first beer beauty treatment with a hangover, but that’s just the way the cookie crumbles.

The scrub is combined with Epsom salts and sesame oil, resulting in a warm, comforting paste that is applied all over. (‘It’s nice. It feels like being covered in porridge,’ was Leon’s spot-on observation.)

An all-over body massage follows, including fingers and toes, with special focus on my achy  lower back.

An Indian head massage threatens to finish me off and once cocooned I am in danger of dropping off.

Once unwrapped and showered, Leon and I are bundled into fluffy bathrobes and invited to indulge in a refreshing, citrusy bottle of Hooky Ale and barley biscuits, baked by the hotel’s pastry chef Theo Ndeh. 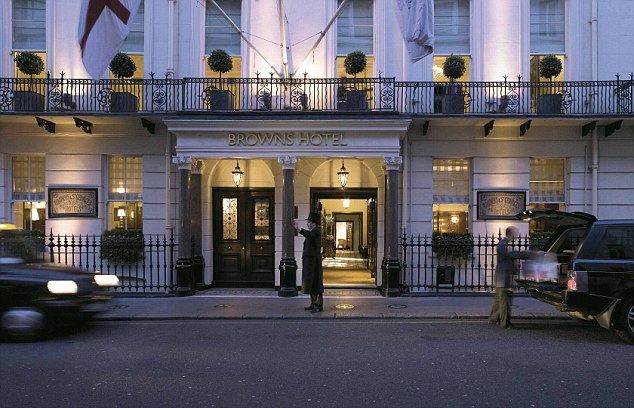 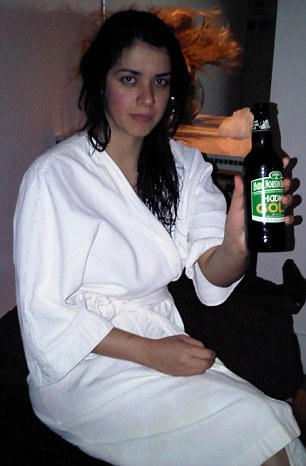 Cheers: Sara finishes off her treatment with a bottle of Hooky Ale

Any excess from the night before has melted away and we emerge clear-skinned, bright eyed and bushy-tailed, ready to take on the world, or at least the next bar.

I’m no spa virgin, but this hair-of-the-dog approach to beauty treatments has my seal of approval.

Rather than remaining the province of ladies-who-lunch, the Brown’s Spa experience is fun, quirky, and something you can indulge in with your partner or your best friend.

‘Barley has countless health benefits and is deeply nourishing, healing and comforting.

‘It’s also high in vitamins such as B1, B3 as well as selenium, iron, magnesium, zinc, phosphorus and copper, all of which help to keep the skin and body healthy, so it makes sense to use it in our treatments.’

Jonathan Arnold of barley maltsters Robin Appel, had even more surprising news for us: ‘Beer contains zero fat and zero cholesterol, and its carbohydrates are very modest as well.‘

He added: ‘And my wife is thrilled that instead of popping out without her to the pub, I will be able to join her for a beer-tinged massage as well.’