EXCLUSIVE: The secret to golden girl Jessica Ennis’ good looks? A £40 haircut from her local salon in Sheffield

She’s long been heralded as Team GB’s Olympic poster girl, but on my way to meet Jessica Ennis, I mused on what it must be like to add another moniker to her already impressive list of titles.

But off the track, Jess has a real passion for make-up and skincare. In the flesh, she is even more radiant than she looks on TV and glows with happiness. 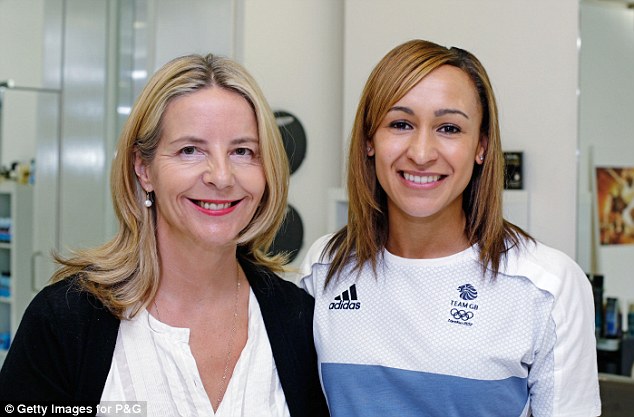 Off the track, Jessica Ennis has a real passion for skincare and makeup

Not only does she now have an Olympic gold medal to exhibit atop her mantelpiece, but lucrative sponsorship deals have enabled her to make more money than she ever imagined.

Topping it all off, Jess is getting married to Andy Hill, her construction site manager fiancé next year.
Whether it was landing in a sandpit, sprinting over hurdles or throwing the javelin, Jess didn’t appear to have a hair out of place during her Olympic medal campaign. So just how did she manage it?

As with her event, the secret to her success was preparation. Before heading off to the British team’s Olympic training camp in Portugal, Jess had her hair trimmed and coloured by Serena, at Nuba, her local salon in Sheffield (where a cut and blow dry costs £41).

Serena has been Jess’s go-to stylist for years, but despite now being inundated with countless free products, Jess knows what works for her. ‘The humidity affects my hair a lot,’ she confides, ‘it was a problem in Portugal. To combat this, I use Joico hair products and leave the conditioner in my hair. When I’m competing I simply scrape my hair is scraped right back so I don’t have to worry about it. But I need my roots done now,’ she confides. ‘Look!’

Actually, she’s being modest and it doesn’t look like she needs anything done.

When it comes to make-up, Jess swears by Bobbi Brown foundations (she uses the brand’s Long Lasting Foundation SPF 15, £29) and eyeshadows (also a favourite of the Duchess of Cambridge), swearing by their natural colours and sheer textures to flatter her complexion in all lights.

She’s also learnt a few tips from the pros. ‘I have had my make-up done professionally a lot now – when I am doing things for magazines or promotions – and so I have picked up lots of tips from the experts. One, which I use a lot, is to do your eye make-up first… before you do foundation,’ she explains.

As Jess wears make-up to train and compete in, she keeps her look light and natural. ‘You don’t want it plastered on when you are competing as it will end up clogging your pores,’ she says. So she sticks to foundation, eyeliner, lip colour and Bobbi Brown’s waterproof mascara, which was put to the test on the podium on Saturday.

Given that her face is everywhere at the moment, does she feel any pressure to look good all the time?

‘Since I’ve had more media attention over the past few months, people have recognised me more,’ she says. ‘I haven’t made more of a conscious effort with my appearance, but I don’t go out walking the dog without wearing make-up anyway’ she says. ‘I think it’s important to feel comfortable with your look. Wearing make-up makes you feel better.’

Jessica is as disciplined about her daily skincare regime as she is about other areas of her life. She doesn’t cut corners and believes in doing things properly, sticking to a disciplined regime of cleansing and moisturising her skin before she competes.

‘I love that fresh-faced feeling at the end of the day when you take all your make-up off’ she says.

She is loyal to Olay Essentials (they are one of her sponsors) and washes her face with their Daily Facial Cloths (£3.99). ‘You just add water,’ she explains. ‘They’re great for travel, you don’t want to carry huge bottles of cleanser around with you. In Portugal, the temperature was 30 degrees so I used a light moisturiser with SPF 30 (Olay Essentials Complete Care Day Lotion, SPF 30, £10.29). It’s better to do that now than have sun damage later on’.

Life in the Olympic Village has a similar feeling to that of being in a University Halls of Residence, she tells me, but she wasn’t tempted to copy any of the other female Olympians – Rebecca Adlington or British volleyball player Zara Dampney and have some nail art done.

’My nails get damaged when I’m competing,’ she says. ‘Now I’ve finished for the year, I can get them done properly again again.’

Manicures may be something she had to forego during the Olympics, but she can now enjoy having nice nails for a bit and is looking forward to some well-deserved pampering and a weekend away at a spa. ‘I prefer facials to massages,’ she explains. ‘Being used to sports massages, I never find massages in spas are deep enough.’ 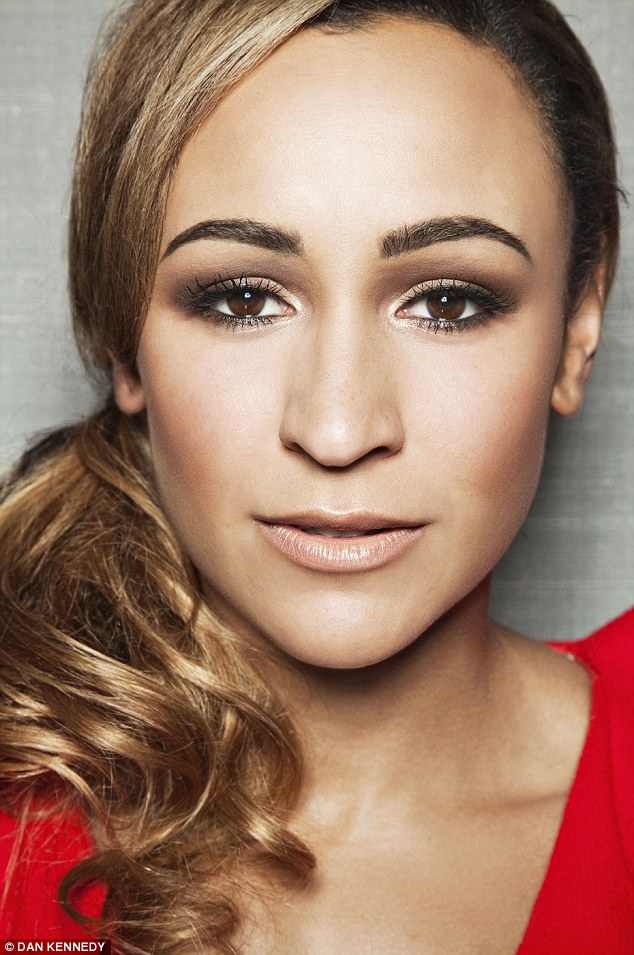 All glammed up: Jessica is a huge fan of make-up and skin products

In fact, the pampering has already begun. Jess had her first manicure in months the other day, choosing a bright, glittering gold shade achieved by using two shades of polish (Max Factor Max Effect Mini Nail Polish in Bronze and Mellow Yellow, both £3.99 each), painted on top of each other.

‘I didn’t like to get my nails painted gold beforehand, so waited until now,’ she says, happily brandishing ten freshly painted shining fingernails.

We couldn’t shake hands as she was waiting for the polish to dry, but she was clearly delighted with the effect. ‘It would have been tempting fate to go for gold while I was competing, but there’s no reason not to now!’ she says. And indeed there isn’t.